This month the first smart manuscript created with FiglinQ was published in Nature. FiglinQ is a new collaborative platform, developed by Amsterdam UMC researcher Dr. Przemek Krawczyk, that enables a new approach to scientific publication.

Using FiglinQ, scientist can create their own smart manuscripts with shareable, interactive, data-connected charts and figures. This could provide a long-awaited solution for open, transparent and reproducible science.

The volume of research data that is generated by scientists, is growing exponentially. If all this data could be reused, scientific output would multiply. Most published data are, however, not findable, accessible, interoperable or reusable (FAIR). This restricts or even prohibits their use. There is an urgent need for FAIRification of research data, but this is extremely challenging and there are no universal standards or platforms. 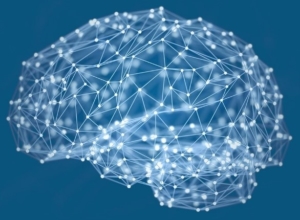 Amsterdam UMC researcher Dr. Przemek Krawzcyk, from the department of Medical Biology, is working to solve this problem. He has developed FiglinQ, an online platform that enables scientist to publish their research data in so-called smart manuscripts. Smart manuscripts contain shareable, interactive charts and figures that are permanently linked to the underlying data. By facilitating data analysis and visualization in scientific charts (a process common to all active scientists), FiglinQ will thus build a science-wide, uniform repository of chart-associated data.

Although Przemek has already conceived the idea earlier, actual development of FiglinQ has only started this year, funded by an IXA Proof of Concept grant. This month the first major milestone was achieved: for the time a smart manuscript generated with FiglinQ was published in Nature.